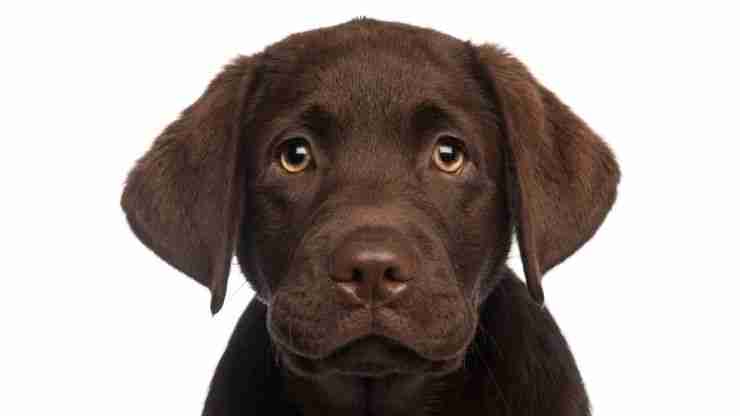 Are labrador retrievers good dogs? Overall it’s a firm yes. However, let’s take a look at a few facts that you need to consider…

Labrador retrievers are a popular breed of dog all over the world, so it’s no wonder you want to find out everything there is to know about the breed if you’re thinking of getting a labrador yourself.

If you’re wondering about how ‘good‘ a labrador retriever is, then the answer, on the whole, is that they are very good dogs indeed.

As for every breed though, whether or not Labradors are good dogs has to come with an ‘it depends‘ response.

It depends on how they are raised, their specific temperament, and their energy levels. It also depends on what you think is good.

But don’t worry, this post will take you through everything there is to know about labrador retrievers so you can decide for yourself whether they are good dogs, and more importantly, whether they are a good dog for you.

Ready for a whistlestop tour of all things labrador? Let’s go!

Not many people realize that labrador retrievers were originally bred for hunting.

They get the ‘retriever’ part of their name from hunting because they’re good at retrieving shot game.

So you might think with a history like that, they aren’t the best house dogs. But you’d be wrong.

According to the American Kennel Club (you can read more about the temperament and sociability of the labrador retriever according to the AKC here), labradors are America’s most popular breed of dog, and they’re great house dogs!

Yes, they need a little more exercise than smaller breeds, and they naturally have a little more curiosity and energy than other dogs because of their hunting past, but they’re still great family pets to have around.

They’re friendly, active, and sociable, and very adaptable when it comes to living conditions, so they do amazingly well as house dogs.

Can a labrador be aggressive?

Yes, a labrador can be aggressive, but they are very unlikely to be.

Like any dog, you can train them to be aggressive, or show aggression in certain circumstances or as a fear response, but that would be poor ownership on your behalf.

A labrador is naturally a very kind, soft, and sociable dog with an enormous amount of patience.

So much so that they are often rated as being extremely good with children.

Obviously, we’re not saying you should ever leave a small child with a labrador alone, but as a breed, they have an enormous amount of patience for little people pulling their hair accidentally or demanding a little too much attention.

You should never let children play with a dog unsupervised until they know how to act around animals calmly, but Labradors are great with kids whilst they’re still learning.

So yes, a labrador could be aggressive, but when raised in the right way their nature will shine through and they’ll be docile, calm, and extremely loving with everybody they meet.

Which color lab is the calmest?

Wondering ‘are labrador retrievers good dogs?’ is quite a broad thing, so let’s just look a little closer at the colour of the lab, to see if any of them are calmer, or more suited to family life than others.

As you’ll probably know if you’re interested in the breed already, there are three types of labrador retrievers:

All of them have very similar features, but their fur colours differ. But does that mean their temperaments do too?

Basically, there’s no evidence to say that a lab’s colour affects their behaviour and temperament, but there are plenty of lab lovers who claim otherwise.

According to Labrador Buddy, these are the general opinions of most owners (you can read their full article about labrador fur colours and the effects on personality here):

Black labs are often seen as the best hunting companions, with plenty of energy to head out and hunt all-day

Chocolate labs are often seen as lovable, chaotic creatures that are a little hyperactive at times

Yellow labs are seen as the laziest of the three, just as happy to head out for a long walk as they are to lounge around on the sofa all day

You can read their full article about labrador fur colours and the effects on personality here.

So for this section, it’s really up to you.

Science doesn’t back up any of these comments on the different color labs and their energy levels, but labrador owners agree with the three summaries above, so who knows?

Maybe yellow labs really are more chilled, but the scientists just haven’t caught up yet.

Are boy or girl labs better?

And in truth, there are differences, but that doesn’t necessarily make one sex better than the other.

Let’s pick that apart a little.

According to Labrador Training HQ, there are a few differences between males and females with any dog breed (read their full article here):

Size: Males are often bigger than females, and that’s true for labradors too.

Features: Due to hormones, female labradors have softer, more feminine features than males do.

Behaviour: Males are more likely to show aggressive traits because of the way owners raise them. Rough play is more common with male labradors.

Trainability: Like most animals in general (including humans, actually) female labradors are quicker to learn than males.

This makes training slightly easier (although males will get there eventually too because Labradors are highly intelligent).

Really male or female Labradors aren’t ‘better’ than the opposite sex, they just have slight differences.

Decide what sex you want based on preference, not on which you think is ‘better’.

Back to the American Kennel Club for this one, and you might be surprised to hear that as guard dogs, labradors are a little so-so.

That’s because they have a bit of a mixed personality when guarding their home.

First off, they have one hell of an alarm bark on them, so if you just want your labrador to wake you up in the middle of the night if something isn’t right, then they’re perfect.

If, however, you’re hoping that they’ll offer you some protection if somebody breaks into your home, well, they’re more likely to greet the intruder with wet kisses and wagging tails than they are to tackle them to the ground and subdue them…

The answer to that question has to be no.

Labradors aren’t good guard dogs, because there are certainly better guard dog breeds out there, but they aren’t completely useless either.

If you just want a dog that’ll let you know when something is amiss, then a labrador’s bark is definitely worse than their bite!

Are labradors good with cats?

Yes, extremely good with cats, and potentially one of the best breeds for getting along with other dogs and pets across all breeds.

Why? Because they are so even-tempered and patient that they just love interacting with anyone and anything.

It’s the same reason they’d welcome a burglar into your home – cats may be a dog’s sworn enemy, but Labradors don’t care for inter-animal politics if it means they can make a new friend.

So if you have cats, then labradors are a great addition to the household, and you should probably be more concerned about whether Mr. Whiskers can put up with a friendly labrador running around the house!

What is bad about labrador retrievers?

As much as this post has been singing labrador’s praises, there are certainly some negative things about the breed, that could very easily turn into safety concerns if left unchecked. Here are the major concerns:

Labradors are quite possessive.

That’s understandable given how they got their names in hunting, they like to collect things, so when those things are their toys, they don’t like to give them back.

With targeted training, your labrador can learn to overcome this possessiveness, but you have to really work with them.

Failing to do so could mean a bitten hand or two, which is never good.

We all love labradors for their activeness, but sometimes activity can become hyperactivity, and when it does, there are plenty of safety concerns.

A labrador zooming around your home might be funny as a puppy, but when they’re 70 lbs and bounding towards elderly relatives or young children, it can be a problem.

You can combat this with plenty of exercise and time off the leash in your own enclosed garden, but you have to be mindful of how much energy they have so you can teach them to burn it off appropriately.

Labradors shed their hair almost constantly and it can make a complete mess.

When they’re really going for it, you find the hair will get everywhere.

Under the fridge is a usually good place for it to collect, but trust me when I say it gets everywhere.

If you are the type that lives in a show home or likes to keep things spotless, you may want to consider if a Labrador is right for you.

Labradors are so friendly that they often ignore warning signs from other dogs and animals who don’t want to play.

This is more of a safety concern for your labrador than it is for yourself or your family, but it’s just as important.

Every social interaction with a labrador should be monitored to ensure they aren’t making anybody mad.

Cats, larger dogs, even small breeds can cause some serious injuries if your labrador doesn’t take a step back when the warning signs are there that they don’t want to play.

Whilst these bad traits can become safety concerns, you can also combat them with proper training and supervision.

After all, there’s no such thing as a bad dog, just bad owners.

So make sure you’re doing everything right, and you won’t need to be concerned about your labrador.

So, are labrador retrievers good dogs?

We’d have to say yes, they definitely are, but only if they are raised in the right way.

Teaching them how to be less possessive, how to burn off their energy appropriately, and how to back off when others don’t want to play are all your responsibility as the owner to make sure your labrador is keeping everybody else (and themselves) safe at all times.

Conquer these minor problems though, and you’ll have a perfect family dog with bundles of patience, love, and kindness to give out!

Save this Pin for future reference

Want a bit more? Find out if Labradors can swim here.