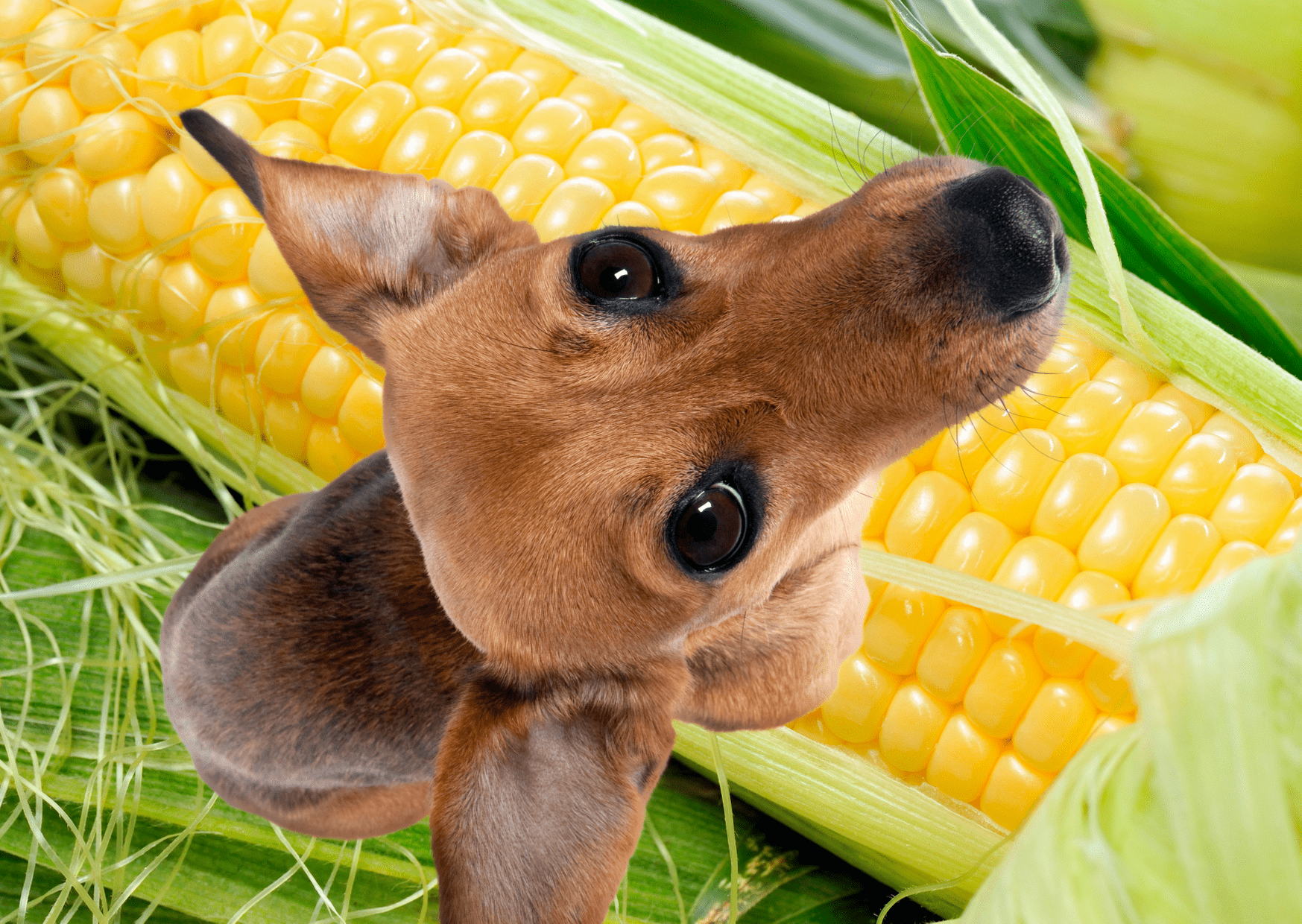 Yes, dogs can eat corn. A small amount of corn is considered safe for most dogs to eat.

Many dog foods include corn as a relatively nutritious filling ingredient, so it’s widely used and eaten in the dog world.

As with any new food, make you sure you introduce it slowly and keep an eye out for allergies or stomach upset.

Corn is considered a fairly healthy food for both you and your dog when consumed as part of a well-balanced diet.

Did you know? – the average corn ear has 800 kernels on it, which are laid out in 16 rows. Drop that knowledge bomb at the next bbq…

Can dogs eat corn on the cob?

No, do not feed your dog corn on the cob. The cob section poses a choking risk as well as running the risk of creating an intestinal blockage.

Your dog will likely enjoy chewing on the cob, but take it off them if they do get hold of it.

If you think your dog has eaten a piece of corn cob, keep an eye on them for any discomfort and seek advice from your vet if you have concerns.

Make sure to strip the corn prior to feeding it to your dog and you will be fine.

Can corn kill a dog?

As above, there is a choking risk from the cob section, so avoid feeding them this (no corn on the cob). You also want to keep them away from the husk.

This aside, corn that has been stripped from the cob, in small amounts, is fine for your dog to eat, presuming they have no allergies.

Can dogs have cooked corn?

Yes. Cooked corn is fine if served on its own, with the husk removed and stripped from the cob.

It’s not a good idea to feed your dog corn husks as they are very tough and your dog will struggle to digest them.

As with the cob, they also pose a choking risk, so keep them away from your pooch.

Does corn give dogs diarrhea?

It can do if your dog eats too much, just like any other vegetable.

Keep the portions small and if you do notice that your dog has diarrhea after eating corn, stop feeding it to them and consult your vet for further advice.

Most dogs are able to eat a small amount of fresh corn without any issues. In fact, corn is a major ingredient in a lot of popular dog foods, due to its nutritional content and low cost.

Keep away from the tinned variety, as it contains salt. You want the fresh type.

Remove the husk, cook, strip from the cob and serve. You can have what’s left. Enjoy!

Can my dog eat canned corn? Why is sweetcorn bad for dogs?

Canned corn and canned sweetcorn contain salt, which is not recommended for dogs, so it’s best avoided.

Although a small amount of canned corn is unlikely to do any harm, keep it to the fresh, non-canned variety.

A small amount of cornbread is unlikely to cause any issues to your dog, but it’s not a food that is recommended.

It’s best to stick to dedicated dog food and treats when feeding anything to your pet and minimise any foods such as cornbread.

We have written a full article on this here.