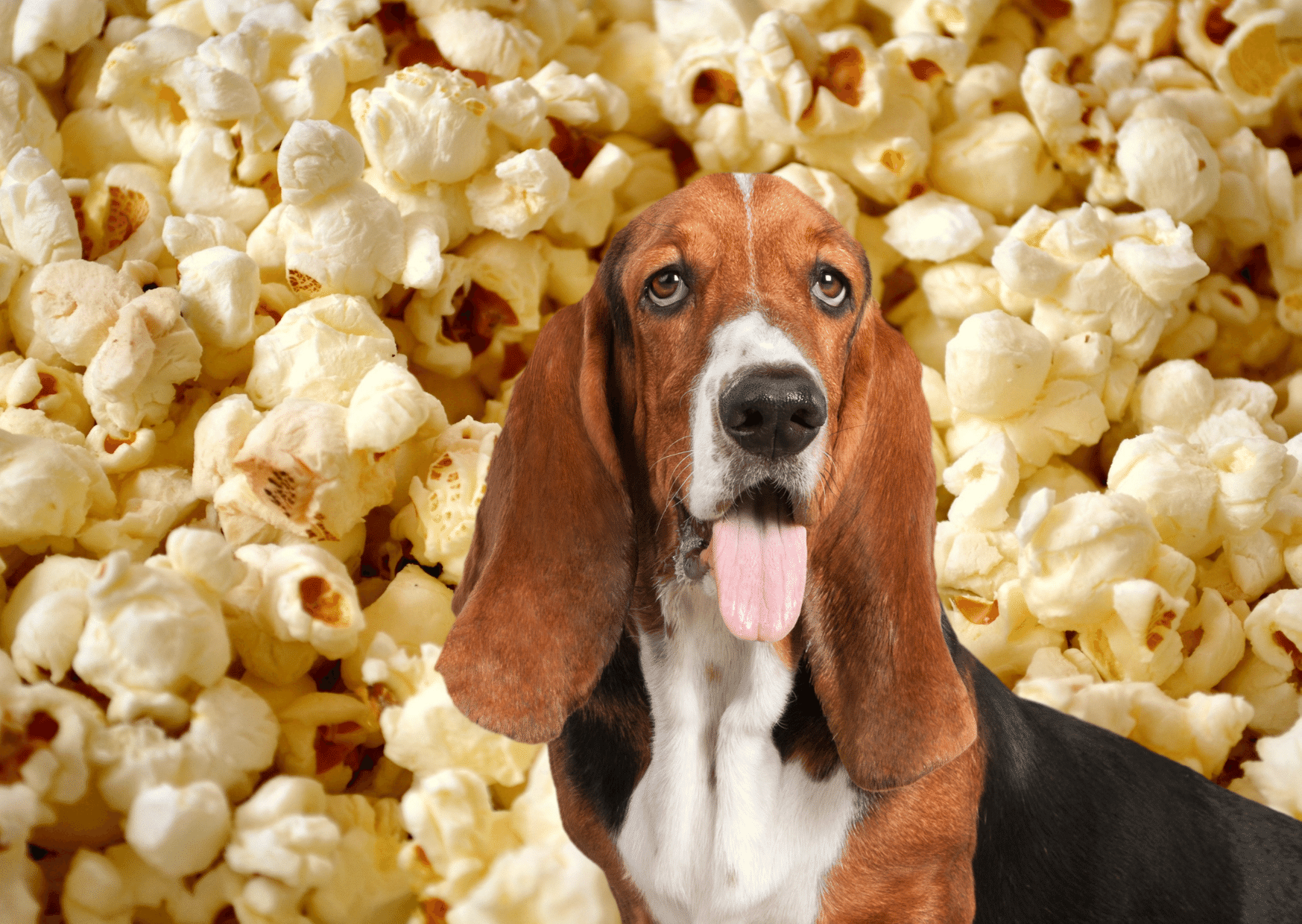 So you’re watching a film, your dog is looking up at you with those eyes and you’re wondering… can dogs eat popcorn?

Well, sorry doggy, but the short answer is that it’s generally best avoided.

It’s not so much the popcorn, but what is usually on it that’s the issue.

We tend to eat it covered in either toffee, caramel, butter, salt – and sometimes even cheese.

Cheese is not so much of an issue if it’s of a plain variety and in small amounts, but you still need to be careful. See Can Dogs Have Cheese for more info on this.

However, butter, salt, caramel and toffee are not recommended for dogs. Short-term side effects include dehydration and stomach upset. Long-term effects can include obesity and diabetes.

If your dog has a small amount, it’s unlikely to hurt them short-term, just know that they shouldn’t really be eating it and keep it as a one-off.

There is also a potential choking risk, so supervise your dog when eating and make sure you remove any kernels. These can also get stuck in your dog’s teeth, as they are hard to chew, so are best removed.

On its own, popcorn is actually considered to be a relatively healthy snack.

It’s considered a wholegrain food. Wholegrain foods have been linked to reduced inflammation and heart disease, in humans at least.

Popcorn is also high in fibre. So, all things considered, it’s not the worst snack in the world (when kept plain).

Can popcorn upset a dog’s stomach?

Yes, if they have too much of the sweet or salted variety.

Keep it air-popped if you are going to give them popcorn and remove any unpopped or semi-popped kernels.

What popcorn can dogs have?

As above its generally best avoided altogether, but if you do want to make some for your pooch, go for plain, air-popped popcorn.

This has no oils or other additives and is a much better, healthier option.

Just be sure to remove unpopped or semi-popped kernels due to the potential choking hazard.

The video below has a nice simple recipe:

A small amount of popcorn is unlikely to cause your dog too many issues, but it’s certainly not recommended.

As above, if you still want to give your dog a treat, go for the plain air-popped variety and don’t add anything to it.

The sweet stuff’s just for you.

Save this Pin for future reference