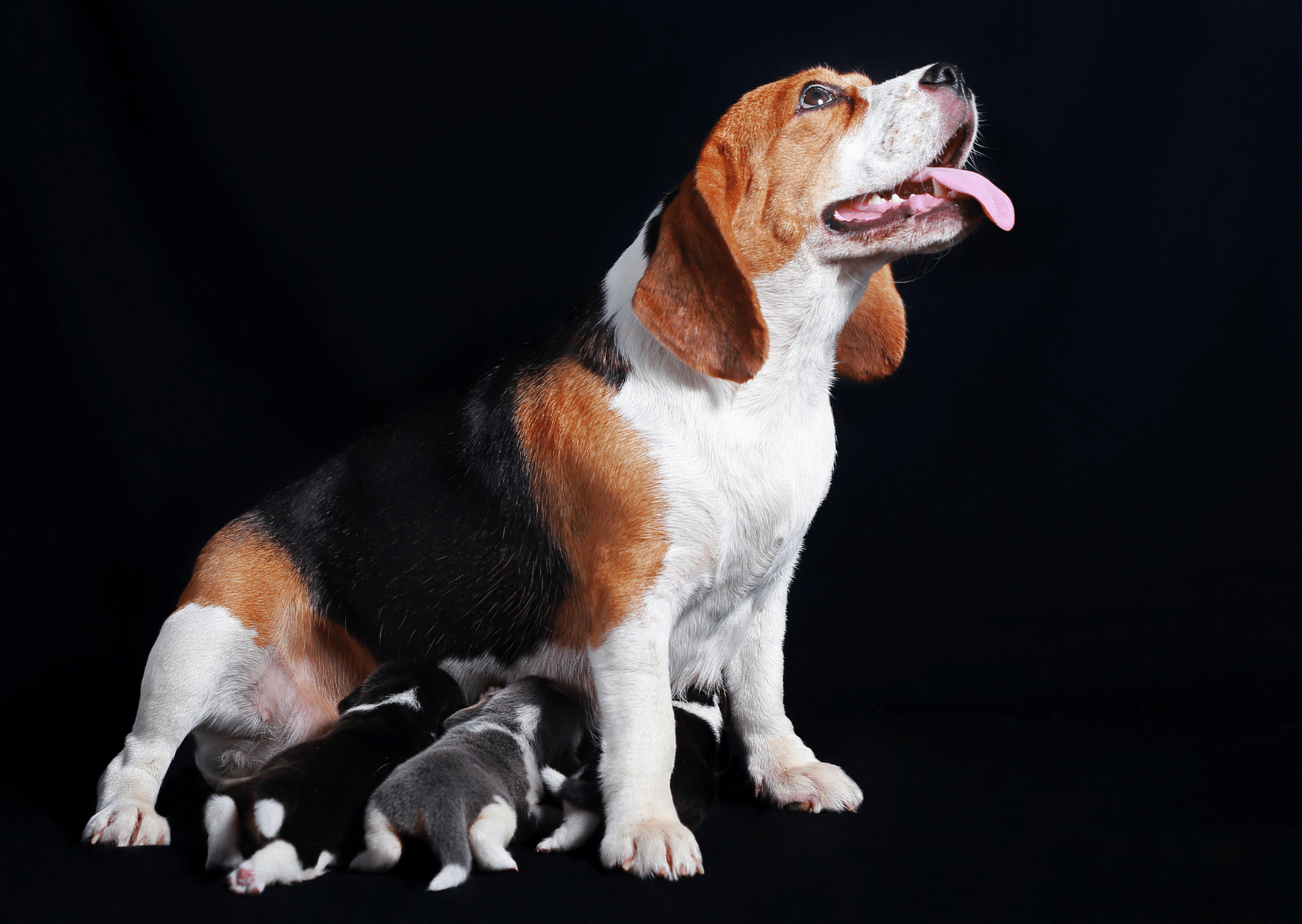 Dogs generally have between 6 – 10 nipples. This is the case for both male and females.

The total will depend on the breed and how many puppies they usually have.

Generally, the more puppies a breed has, the more nipples they will also have, so that they have enough teats to feed all of their young.

Dogs usually have an even number of nipples, such as 6, 8 or 10, but it’s not entirely unusual for them to have an odd number such as 7.

Why do male dogs have nipples?

Just as human males have nipples, male dogs do to, like most other mammals.

Male and female puppies follow the same development up to a certain stage in the womb and this includes the formation of nipples.

So both sexes have them.

A female dogs nipples are usually quite small.

However, during the early stages of pregnancy, her nipples can swell in size and become more noticeable.

The areolas also become more rounded and the whole nipple may become a darker red than normal, due to the increased blood flow.

During the latter stages of pregnancy, you may also notice some milk leaking from the teats.

How many nipples do pregnant dogs have?

They don’t grow any extra ones during pregnancy. They are just more noticeable!

Do dog nipples go away?

Dog nipples do not go away.

They do shrink though, such as after pregnancy, or after the female dog has been on heat.

In breeds with longer coats, it may be hard to spot your dog’s nipples, whether male or female. You usually find them by parting the hair on their belly.

In breeds with short coats, they are usually much easier to see.